The 50th Class Reunion Committee, chaired by Bill Palmer with members Susan Alten, Otto Zamek, Paul Miller, and Rick Hartt, is looking forward to a successful virtual Reunion & Homecoming and to continue their connections after October through the RAA and the RPI Class of 1970 Facebook page, “where you will find great photos and stories of our past and present.” Posted 2021-09-29 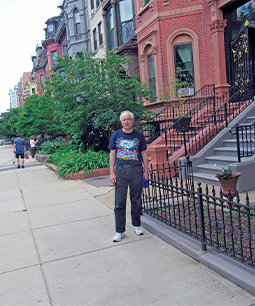 Elliott Laffer, who served as chairman of the Neighborhood Association of the Back Bay in Boston for two terms from 1990 to 1992, has assumed the reins of the organization again. Previously, he had a 30-year career in sales and sales management of engineered equipment. Posted 2021-09-29
Gary Aikin has shared that Nason Hall classmate Edward Hicks died on Aug. 13, 2020. Hicks attended both RPI and the Rhode Island School of Design. Posted 2021-09-29
Susan Alten reports, with great sadness, that during Reunion planning, she learned of the death of Judy Lieberman Porte from ALS in January 2019. Posted 2021-09-29 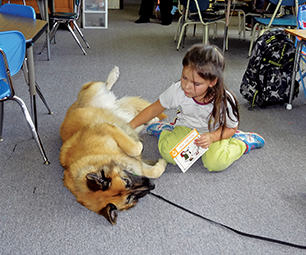 Rick Hartt and his wife, Julia MacDonald ’72, ’77, celebrated their 45th wedding anniversary in April and look forward to many more. “We both continue to work with pet rescue and recently fostered four young barn cats and were able to place them,” Rick says. “Weekly therapy dog visits with our dog Ally have resumed. COVID restrictions permitting, Julia will be going to Uzbekistan and Kyrgyzstan in September for three weeks.” Posted 2021-09-29
Tom Gilbert and his wife, Penny, a Russell Sage student, married in their senior year. Upon graduation, they moved to Poughkeepsie, where Tom began a 10-year stint at IBM. “It was a wonderful decade but I became convinced that computer networks were the future. In 1980, we moved to Vienna, Virginia, where I worked for Satellite Business Systems, and then 19 years at Network Systems Corp. (NSC),” Tom says. All the while, Penny pursued her career as a physical therapist and raised their two daughters while Tom traveled on business. In 1997, Tom again became convinced that cybersecurity was the future, and left NSC to cofound Blue Ridge Networks, which develops best-in-class computer and network security products. Posted 2021-09-29
Architecture Gerardo Brown-Manrique continues as a professor of architecture at Miami University’s Department of Architecture and Interior Design in Oxford, Ohio, and is not sure when he will retire. After spending the 2019-20 academic year at Miami’s European Center in Differdange, the Grand Duchy of Luxembourg (“the spring semester rudely interrupted on March 13, when the students were ordered home and the program switched online”), he returned to Oxford to teach totally online, rarely leaving his house this past academic year. He now looks forward to future Reunion & Homecoming events, and continuing his connections. As a five-year architecture major, he did not graduate until 1971, so he is looking forward to the joint celebration of our semi-centennial (1966-1971). While officially retired as a practicing architect, he continues his scholarly research on interwar European architecture, housing for large numbers, and the work of his mentor, O.M. Ungers. Posted 2021-09-29 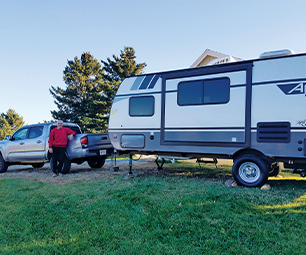 Rick adds that The Class of ’70 had a great time in their four, sometimes five, or maybe even six years on campus, and now the group can look forward to its 50th Reunion in 2020. Posted 2018-03-15
Paul Miller shares this memory about the RPI football finishing the season 5-4: “The final game against the Yellowjackets of the University of Rochester occurred on freshman parents’ weekend, as I recall my parents watching the game. Overly excited, we tore out the goal post, and for some strange reason carried it through downtown Troy, about 4:30. A Troy cop stopped traffic. We returned up to the ’86 Field, joyful, as our parents figured it was time to head home in their cars. At least we had spirit, and for once in 17 years, a winning season.” Posted 2018-03-15
Howard Matis writes: “My RPI education just paid off. Two papers that I co-authored were cited by the Nobel Prize for Chemistry as important background research that led to this year’s Nobel Prize—The Development of Cryo-Electron Microscopy.”

Howard, a physicist at the Lawrence Berkeley National Laboratory, is president of the Contemporary Physics Education Project (CPEP), and both Howard and the CPEP received the 2017 Excellence in Physics Education Award from APS Physics “for leadership in providing educational materials on contemporary physics topics to students for over 25 years.” Posted 2018-03-15
Kenton Lee, who writes that he will always consider himself as part of the Class of ’70 even though he was on the five-year ZBT program, went back and did a bit of digging through some Polys and found that the following acts had performed at the Field House through the years:  Simon & Garfunkel, Peter, Paul and Mary, The Association and The Young Rascals (same blanket concert), Sammy Davis Jr., Mitch Ryder (but no mention of the Detroit Wheels), The McCoys (of “Hang On Sloopy” fame), The Lovin’ Spoonful, Woody Allen, The Doors, the New Christy Minstrels, Frankie Valli and the Four Seasons, Al Hirt, Tom Paxton, Jay and the Americans, Flip Wilson, Iron Butterfly, B.B. King, Sonny & Cher, Bill Cosby and Roberta Flack, and Santana. In addition to that impressive list, Jamie Martinez also remembers Little Anthony and the Imperials performing at the Field House; Paul Miller added Gary U.S. Bonds, The Fifth Dimension, The Association, and Alan King.

Kenton also remembered Jimi Hendrix appearing at the Troy Armory; classmate John Granito shared photos from Hendrix's show, and Rick Hartt, who observed that was a concert that they all should have gone to, said that he particularly envied Wayne Coleman, who was in the fifth row.

In a more personal summary of what he's been up to after leaving Rensselaer, Kenton says that, after being with the NYS Dept. of Public Service, American Electric Power, an independent consultant in the U.S., and even several months in Pakistan, and with several auto dealers, he finds that retirement and grandchildren are the best rewards.

Kenton keeps busy with USA Hockey as a referee and coaching clinic instructor, and has officiated on-ice for almost 25 years, from 6-to-7-year-old children through high school JV and varsity and all levels of adult hockey (many of whom act like 6-to-7-year-olds). Instead of paying to go to a gym to exercise, Kenton gets paid to stay fit; he's done over 250 games over the past 12 months alone!

For 2018, Kenton is looking forward to celebrating 45 years of marriage to his wife, Joyce, who just retired, and spending more time with their five grandchildren. Ken adds that he also tries to keep in touch with Sue Alten, former roommate Wayne Coleman, and Carolyn Chin ’69. Posted 2018-03-15
Stephen Valentine has created a Facebook page, RPI Class of 1970. There are now 50 members, but other class members are welcome to submit even more great photos and stories as reminders of the Class' illustrious past! Posted 2018-03-15
Back to top