Dean Francis joined Quality Steel as vice president of strategy and corporate development. He has more than 10 years of experience in management consulting. Posted 2021-09-29 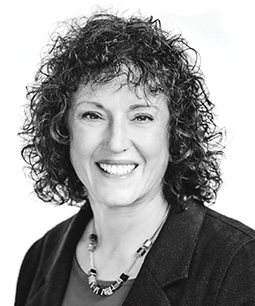 Marci Sindell joined The Permanente Federation, the leadership organization for the Permanente Medical Groups of Kaiser Permanente, as executive director of brand and marketing. Responsible for building the Permanente Medicine brand and consulting for the medical groups, she works from home in Needham, Massachusetts. Marci spent 14 years as chief marketing officer and senior vice president of external affairs at Atrius Health, a large nonprofit medical group serving greater Boston. She has joined the board of directors of the Greater Boston Food Bank. Posted 2021-09-29
Drew Kugler was hired in a new role as vice president of innovation and product development at AES Clean Technology, a leader in the design, construction, and manufacturing of modular cleanroom systems and custom cleanroom equipment for life science and technology companies. Posted 2021-09-29
David Haas is still living in northern New Jersey and is treasurer of the New Jersey chapter of the Rensselaer Alumni Association. He continues his second career in financial planning and started a new service called College Money Match to help families plan for the costs of education and choose a college that makes sense financially. He looks forward to connecting with other alumni at live events in the New Jersey and New York areas. Posted 2021-09-29
Raj Gandhi was named vice president of ASIC Engineering. Posted 2021-09-29
Please join us on Facebook! www.facebook.com/groups/RPIClassOf82. — Mark Bowers ’82; mark.bowers@lighthouse-one.com. Posted 2021-02-26
Steven Marsh was appointed as special IP counsel for PicPocket-Labs. He oversees all patent prosecution and is responsible for strengthening the company’s IP portfolio. Posted 2021-02-26
John Brown has been the chair of the Department of Mathematics and Information Science and Technology at Cabrini College for over 20 years. A recent student newspaper article lauded him for how his passion for teaching mathematics translates to a passion for student success. Posted 2021-02-26
Al Fargnoli dropped a quick note that, although it hasn’t been an eventful year, he now has a new job title, “senior research engineer” and that he’s “...at least getting paid to do mathematics!” Posted 2021-02-26
Darhl Ehrgott joined the Navy flight program after graduating and spent 10 years on active duty, then 10 more in the Navy Reserves. He flew the F-14 Tomcat off the USS Enterprise and was in the Top Gun program at NAS Miramar in San Diego, joined American Airlines in ’92, and currently is qualified as a pilot on the Boeing 777 out of Miami. For any of his old friends at RPI who want to say hello, call (239) 821-4420. Or if you’re in the Naples, Fla., area, stop in! Posted 2021-02-26
Edward Gilchrest owned a contract product design and engineering firm in Oxford, Conn., for 14 years. Over the past few years they have added contract manufacturing to the mix, taking on manufacturing responsibility for a number of the products they have designed for clients. Clients range from small startups to Fortune 500 enterprises. www.gyre9.com. Posted 2021-02-26
Check out this great article about Judy Johnson spotlighting her volunteer role as a Tech-Girlz instructor and coordinator at https://www.techgirlz.org/volunteer-spotlight-judy-johnson/. Judy is in her sixth year as a software engineer at Onyx Point in Maryland. Posted 2021-02-26
Engineering Mark Bowers writes: Please join us at www.facebook.com/groups/RPIClassOf82. Posted 2020-05-20 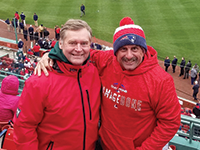 “The interesting part, though, is our choice of second careers. Phil and I moved to San Francisco and after many twists and turns I was finally able to pursue my dream of becoming a home-birth midwife. It was something I discovered when I was at RPI and knew that’s what I wanted to do when I 'grew up.' I’ve been helping families since 2001 and there are even a couple of babies named after me (the Baelen part!).

“In a parallel universe, Sue M. left engineering and became a registered nurse, pursuing a career in hospice work. So from that single dorm room on the third floor of Nason Hall, we have someone helping souls come in and another person looking after them as they make their way out. Who would have thought?”

Sue M. adds that she's continuing her quest to visit the national parks and state capitols; this time it's Olympic, Cascades, Mt. Rainier, and Olympia. Posted 2019-10-01
Brian Geary, M.S. '82, an attorney, has been hired as counsel for Ernstrom & Dreste LLP. Brian's legal background includes private practice and in-house corporate counsel. He spent 17 years as president and general counsel of a material supplier company. Posted 2019-10-01
Vijay Thaker, PE, M.S. '82, joined HNTB Corp. as a project manager in the firm's New Jersey structures practice. Based in HNTB's Lawrenceville office, he leads design, delivery, technical review and construction support for the firm's highway and bridge projects with the New Jersey Department of Transportation. Posted 2019-10-01
Rick Schuett has been hired as senior vice president of business development at MaxLite, a leading global manufacturer and marketer of energy-efficient lighting solutions. In this newly created role, he is responsible for accelerating company growth by focusing on new and under-penetrated markets. Posted 2019-10-01
Chris Heimgartner checked in: "Since graduating I've been in the electric utility industry, first in California, then in Washington, and now in Kentucky. The industry has changed enormously since '82, and I've had a front row seat. I currently run a small municipal utility in Kentucky and we just retired our legacy coal plant and transitioned onto different energy sources. Anybody who thinks that's easy has never been to coal country. If anybody ever comes to the Henderson area, please let Chris know! Posted 2019-10-01
Matt Gilligan started working for Raytheon as a co-op after our sophomore year and never left. Matt states that he's "...now the vice president of Navigation, Weather and Services. We do cool stuff for NOAA, NASA, FAA, and the DoD like the ground systems that fly the GPS and weather satellites, as well as a lot of the air traffic control systems that control a good portion of the air space around the world. Still happily married to Linda Murray '84 living in Topsfield, Mass. Three great kids!" Posted 2019-10-01
Lazhar Abida, Ph.D. '82, reports that he finally retired — after teaching at (almost) all levels on three continents! Posted 2019-10-01
Don Maynard has "half retired" from 30 years in Vermont with the same company. In that time he got PE and PG licenses in several states, and worked half the time outdoors: designing and building dams, finding and permitting public water supplies, and cleaning up hazardous waste, from town dumps and mom-and-pop underground tanks, to solvent and gas plant superfund sites. Currently he is on call for cleanups in national parks across the country, from Yosemite to New York City. He and his wife, Louise, are still married after 33 years, and live in the Florida Keys each winter, and off-grid in the Adirondacks in the summer. They have one son and one grandson. Posted 2019-10-01
Diane Castro mentioned that there have been lots of changes in the Castro home this year. "My husband, Mark, and I have both retired and two of our daughters are engaged to be married; our oldest, Jennifer, this June and our middle daughter, Elizabeth Castro '16 (to Chris Flood '16) in 2020. Our youngest daughter, Grace, started her mechanical engineering career this year with Schneider Electric. We are above the STEM curve — three daughters — one nurse and two engineers!"