Betty Jo Licata, dean of Williamson College of Administration at Youngstown State University, will retire at the end of the year. She has led the college for more than 26 years. Posted 2021-09-29
Cliff Meiselbach and Elizabeth Katz celebrated their 39th wedding anniversary and have recently relocated to Annapolis, Maryland. Posted 2021-07-16 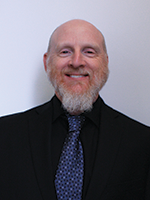 Engineering Dave Larsen has been named a Collins Aerospace Fellow, recognizing his contributions to the company and the aerospace industry at large. Dave is a leader in the advancement of Prognostics and Health Management (PHM) Systems. He is known for authoring Collins’ common PHM standard work methods, driving cross-BU PHM collaboration, and leading the design and development of PHM-enabling systems and components. Posted 2020-05-19
Science Andy Sands was an editor for the AO Manual of Fracture Management - Foot and Ankle, which was released in Davos December 2019. Posted 2020-05-19
Christine Whittaker was featured in a publication of the National Institute for Occupational Safety and Health (NIOSH) during Women's History Month in March. She is chief of the NIOSH Risk Evaluation Branch in the Education and Information Division. Throughout her career, her focus has been assessing chemical hazards to workers and determining how those hazards can be most effectively mitigated through science policy. Posted 2019-10-01
Valen Johnson was named dean of science at Texas A&M University and holder of the Richard H. Harrison III/External Advisory Council Endowed Dean's Chair in Science. At the time of his appointment, he was University Distinguished Professor of Statistics and head of the Department of Statistics, and was serving as interim dean of Texas A&M Science. Posted 2019-10-01 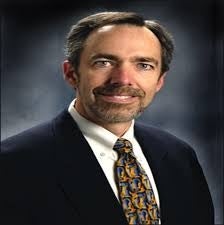 What great tributes these are. Lou Lamoriello and the hockey night Canada legend Don Cherry have some great things to say about Larry and the PHPA. This is a true tribute to my friend. Hat’s off to Larry. Posted 2018-10-10
Engineering Frank Scavo sent news that Gustavo ‘Gus’ Santelli passed away May 15, 2017. His career included two decades at DuPont, and almost 15 years at Lead Time Technology, where he became president and CEO. Posted 2018-10-10
Engineering Cliff Meiselbach (BSME) has retired after a 36-year career at IBM, including positions as CFO of its Greater China Region and its Microelectronics Division. He and his wife, Elizabeth Katz (M.S. Pysch), reside in Fairfield, Conn., and recently celebrated their 35th anniversary while on safari in South Africa. They plan to increase travel and family time, while plotting their next career moves. Posted 2018-10-10
Pat Roohan was named vice president of data management and analytics solutions at MVP Health Care in August. Previously, Pat had a 30-year career at the NYS Department of Health leading quality, patient safety, health information technology, and data system initiatives, most recently as deputy commissioner of health for the Office of Quality and Patient Safety.  Posted 2018-03-15
Back to top