Joe Mozden Jr. is chief executive officer of Sonic Foundry, a global leader in empowering organizations to harness the power of video for every class, training, communication, and event. Posted 2021-09-29
Leigh J. Price will lead strategy and corporate development at Kyndryl, the new, independent public company created following the separation of IBM’s Managed Infrastruc- ture Services business. Leigh was vice president of corporate development strategy at IBM, and played a significant role in many of the company’s acquisitions and divestitures over the past decade. He also served as vice president of intellectual property for IBM, leading its patent and research licensing businesses. Posted 2021-09-29 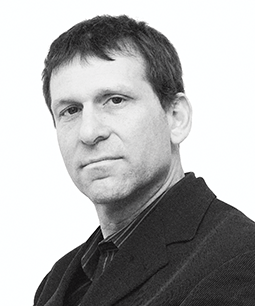 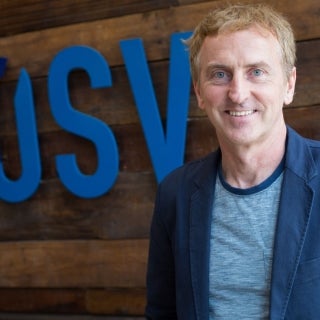 Friends who gathered at RAHP Apartments during their student years met for a mini reunion in April at the Riverside Center for the Performing Arts in Fredericksburg, Virginia, where they enjoyed dinner and a live production of The Hunchback of Notre Dame. From left, are Sue (Wenner) Marvin ’86, class correspondent Jane (LeCount) LaGoy ’86, Susan (Case) Imamura, M.S. ’87, and Jim Imamura ’85, Ph.D. ’90. Posted 2018-10-10
Science Jeff Hutchinson (M.S. CompSci) has been appointed chief information officer by Bombardier Inc., the parent company of Bombardier Aerospace and Bombardier Transportation; headquartered in Montréal, Canada, Bombardier is the world’s leading manufacturer of both planes and trains. In this position, Jeff is responsible for leading Bombardier’s global IT, digital asset, and cyber security functions. Jeff has more than 30 years of experience leading and transforming IT organizations at large, matrixed companies including Honeywell, Maple Leaf Foods, SAP, and Danone/Dannon. Throughout his career, he has focused on leveraging leading processes, digital assets, technology, and collaboration to enable improved business performance, profitability, and business growth.  Posted 2018-03-15
Engineering Sean O’Sullivan (EE) was named by Business & Finance News as one its 2017 50 Outstanding Tech Entrepreneurs. While at the helm of NetCentric, Sean created “software for inside the Internet," and he is credited with co-creating the term “cloud computing” alongside George Favaloro from Compaq. In 1995, Sean founded SOSV (formerly SOSventures), a venture capital and investment management firm. As managing general partner, Sean has created and supported a wide range of business, humanitarian, and educational enterprises. He also founded JumpStart International, which was a humanitarian engineering organization based in Baghdad and operating throughout Iraq during the post-war period of 2003-2006. As chairman of the Irish Entrepreneurship Forum and founder of Open Ireland, Sean is a leader and influencer of Irish government policy in fueling economic growth and recovery in the technology sector. He has also been a regular investment panelist on the popular RTÉ TV show Dragon’s Den, as well as an occasional columnist for the Sunday Business Post.  Posted 2018-03-15
Humanities, Arts, and Social Sciences Kraig Nienhuis (Comm.) played hockey for the Boston Bruins in the 1980s and then various professional squads in North America and Europe.  He then became a singer/songwriter/entertainer performing at diverse venues across North America. Kraig has played before a world record crowd of 113,000 at the “Big Chill,” at the NHL Winter Classic, and recently at the Edmonton Oilers 30 Year Reunion with Sarah McLachlan and Tom Cochrane. Impressively, Kraig has opened for such renowned performers as ZZ Top, Nickelback, Heart, Huey Lewis, Tragically Hip, B-52s, Doobie Brothers, George Thorogood, and David Lee Roth, among others, and he also performed at the Bushstock Music Festival in London, England. His musical repertoire spans several decades and multiple genres...maybe he’ll play the Freakout! Posted 2018-03-15
Engineering Judi Hunderfund (ChemEng), was appointed director of the Department of Consumer Protection/Weights & Measures for Rockland County, N.Y., where she has spent much of her career in various positions protecting the public’s health and welfare, last September. Her department protects consumers by investigating complaints, assists in developing laws to protect the public, and warns of frauds and scams; in her new role, Judi will expand online access to the public. Posted 2018-03-15
Back to top