Robert Lopez was awarded the National Council of Architectural Registration Board’s (NCARB) highest honor, the President’s Medal for Distinguished Service. He was recognized at the organization’s 2021 Annual Business Meeting for his commitment to architectural regulation and NCARB’s mission to protect the public’s health, safety, and welfare. Posted 2021-09-29
Marcy Dreimiller is vice president of human resources for Saratoga Hospital. She has been with the hospital since 2009, most recently as associate vice president of human resources. Posted 2021-09-29
George Pastrana is president, chief executive officer, and board member for Living Greens Farm, one of the largest vertical, indoor aeroponic farms in the United States, providing year-round fresh salad greens, bagged salad kits, microgreens, and herbs. Posted 2021-09-29
Steven T. Rogers was appointed vice president of business development for Gamma Aerospace, a specialized, end-to-end provider of engineered airframe and flight components for leading original equipment manufacturers and Tier I suppliers in the aerospace and defense industries. Steven brings more than 35 years’ broad jet engine and rotorcraft industry experience to his new role. Posted 2021-09-29
2019 was ironically the best travel year as my travel agency, ABC World Vacations (www.abcworldvacations.com), took on additional consultants and I visited a record number of new countries, bringing my total visited country count to 113. While 2020 has brought my business to a complete halt, I am confident that we will be traveling the world again in the future. — Grace Roth ’88; grace@abcworldvacations Posted 2021-02-26
Nancy Aronson was a computer science major at Rensselaer, and has always been both an artist and packrat. She merged those two interests together by opening a curiosity shoppe with her husband, where they sell all kinds of vintage and fun items, antiques, and handcrafted one-of-a-kind items. Posted 2021-02-26
Derek J. Goldberg, co-owner of Peak Power & Mfg. Inc., teamed with the Easy Field Corporation to design, manufacture, and sell over 30 facemask-making machines in the first half of 2020, which are producing over a half-billion face masks this year. www.OurMaskHelps.com Posted 2021-02-26
Ravi Ravichandran has been named vice president and chief technology officer (CTO) for the Intelligence & Security sector at BAE Systems Inc. As CTO, he drives the development, integration, and transition of next-generation solutions that advance the company’s current programs and future technology pursuits. With 25-plus years focusing on technology innovation, prototype development, and product transition to franchise programs, his work has been granted patents and featured in books and academic journals. He has received many awards from BAE Systems and was selected as Technology Solutions “Entrepreneur of the Year” in 2012. Posted 2021-02-26
Chris Zajda recently merged his company Perrone & Zajda Engineers with a larger firm and he is now vice president and one of the partners at RZ Design Associates Inc. in Rocky Hill, Conn. They are one of the area’s leading consulting engineering firms, providing HVAC and structural engineering services. For 10-plus years, he has been an active member of the Connecticut Division of Emergency Management and Homeland Security Urban Search and Rescue Task Force One. Posted 2021-02-26
Kris Provenzano is looking back at an almost 30-year career with the U.S. National Park Service. Having worked at parks from the Bering Sea to the Atlantic Ocean, she is currently managing the design and construction of the $300 million-plus water and wastewater system modernization program at the Grand Canyon. She thanks RPI for the education that got her there! Posted 2021-02-26
Engineering Brian Stevens (M.S. ECSE) has joined the board of directors of Nutanix, a global leader in cloud software and hyperconverged infrastructure solutions. He most recently served as chief technology officer (CTO) of Google Cloud, where he was responsible for leading the technology vision for Google’s public cloud offering. Prior to that, he was executive vice president and CTO at Red Hat, responsible for all engineering strategy and execution at the open source software company. He also served as CTO of Mission Critical Linux, and spent more than 14 years working at Digital Equipment Corp. as a senior architect. Posted 2020-05-20
Business Joyce Jarrett (MBA) has recently become chief financial officer for the Nash-Rocky Mount Public School District in Nashville, N.C. Most recently, she was the manager of business affairs at the Center for Great Public Schools at the National Education Association in Washington, D.C. Prior to that, she was the assistant finance director in finance and administration for George Washington University School of Business. For much of her career, Jarrett worked as the associate executive director for fiscal affairs and operation and as the manager of business affairs for the NC Association of Educators in Raleigh. Posted 2020-05-20 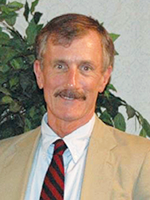 Business Gary Borla (MBA & three M.S. degrees) was recognized by the Boston Symphony Orchestra (BSO) for 30 years of volunteer service to the symphony. He has served in many capacities including customer relations, marketing, membership, and information technology. Borla began his service at Tanglewood, the BSO’s summer home in Lenox, Mass., in 1990 when he collaborated on the development of the first computerized database of thousands of volunteers who are involved with the BSO. Throughout an engineering career and with a passion for the arts (sculpting in particular), Borla made sure that his life was full of art and music of all kinds. Posted 2020-05-20
Elisa Barney (B.S., M.S., Ph.D.), now approaching her 20th anniversary as a professor at Boise State University, gave a TEDx talk, "How digital technology helps solve mysteries in the humanities." We know that engineers make many things in our daily lives from computers to power grids. They also do many humanitarian projects.